Mr. Sheild graduated from Virginia Military Institute in Lexington, VA with a Bachelor of Arts in History degree in 1986 and became licensed in real estate in the State of North Carolina in 1989.

Mr. Sheild is experienced in the brokerage, leasing, acquisition, finance, development, construction and management of commercial property portfolios. He demonstrated individual success in developing, leasing and managing of retail and commercial properties. Mr. Sheild is also a seasoned manager and leader of staff and associates in retail property leasing, management, construction, and Development.

Mr. Sheild established retail brokerage at Atlantic Properties Inc., Charlotte NC from 1989 to 1991 after which he became the principal, Broker in Charge at Heiliger-Sheild Associates Inc. from 1991 to 2004. From 1998 to 2012 Mr. Sheild was manager-principal in commercial property projects which included credit national retailers and had a market value of $200 million. In the spring of 2012 Mr. Sheild joined Colliers International to establish its retail presence in Charlotte, NC.

With regard to community involvement, Mr. Sheild is a member (Vestryman) of St. John’s Episcopal Church in Charlotte, NC; Vice Chair of the Charlotte-Mecklenburg Planning Commission from 2002 to 2008; Co-Chair of Save Transit in 2007; member of the Charlotte Chamber of Commerce Board of Advisors from 2004 to 2007; member of Optimist International from 1991 to present; served on Board of the Chair of Residential Support Services from 1993 to 2003. 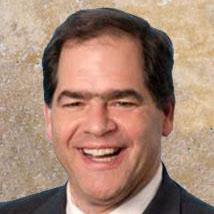